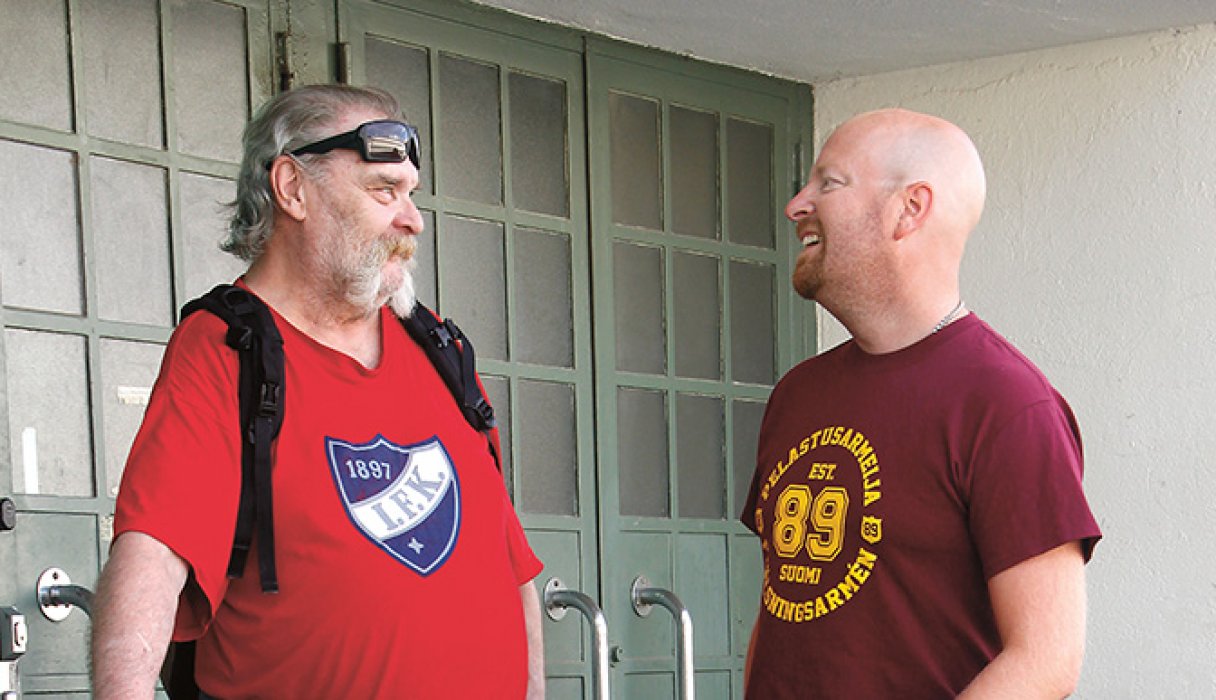 Finland is the only nation in the world where the number of homeless people is on the decline. How is this possible? One important step has been the successful implementation of a ‘Housing First’ model to Finnish society. Sotahuuto asked Pilvi Cole, NEA coordinator at Y-Foundation, and Antti Martikainen, manager of The Salvation Army supported housing unit Alppikatu, what the Housing First model means and what its practical effects are.

Reducing homelessness has been taken seriously in Finland, and results show this has worked. In twenty years the number of homeless persons has decreased from a little under 19,000 to about 7,000. The number of people sleeping rough and in temporary shelters and accommodations is especially notable: this number has diminished from thousands to hundreds. Reducing homelessness has been a permanent part of government programme in Finland since mid 1980s. National long-term homelessness reduction plans have been in place since the year 2008: PAAVO I (2008–2011), PAAVO II (2012–2015), and the current Programme of measures for the prevention of homelessness AUNE. During these ten years, hostels  in cities have been replaced with housing units, and Housing First has been established as the main model for support.

Housing First was born in the United States in late 1980s. Tanya Tull, founder of Beyond Shelter, used this system to help homeless families in Los Angeles. In 1992 psychologist, PhD Sam Tsemberis founded the organisation Pathways to Housing, which uses the Housing First model to help homeless persons with mental health issues.

– Having a place to live is a basic right, not a reward. Work starts with offering a lease and an apartment to the homeless person. He or she has the same duties and rights defined in the Act on Residential Leases as everybody else. First we give them an apartment, then we offer support. When you have a safe place to live, it is easier to focus on rehabilitation and improving your life situation.

Housing First model in Finland follows quality guidelines based on four principles: housing enables independent lives, respect of choice, rehabilitation and empowerment of the resident and integration into the community and society. There are eight principles in the Housing First guide produced by the European network for homelessness. Pilvi takes us through these points.

– We already mentioned the first point: Housing is a human right. You don’t have to earn a dwelling, it is a starting point. Next is Freedom of choice and Control over their own lives for service users. We have to listen to them and respect their choices. They have a right to a real home.

– Third point is Separation of housing and treatment. For example, drinking or taking drugs is not a reason to terminate the lease as long as there are no lease or tenancy violations. If the resident refuses treatment, we just have to accept that. This can be very challenging for Housing First staff.

– Next are Recovery orientation and Harm reduction. The former means concentrating on providing empowering support that focuses on individual strengths. Rehabilitation starts with reducing harm: we discuss with the resident what would help them achieve their personal goals. Their goal might be something like keeping the apartment clean and tidy. The resident can realise that drinking less would help, for example. Issues are solved through positivity, not with bans and orders. Substance abuse is the most common problem related to homelessness. For many people, drinking is a way to cope with trauma. In these cases treatment can focus on addressing  trauma, the original reason for drinking. The more issues are resolved, the less need there is to use alcohol to numb feelings. Alcohol is not always the cause, it can be a consequence.

– Next points are Active engagement without coercion and Person-centred planning, where services are customised to individual needs. Someone might need help dealing with bureaucracy, someone else with reducing the harmful effects of drinking.

– Last principle is Flexible support for as long as is required. We want people to achieve independent living, but we cannot put a time limit to our support. We must make sure that when people leave supported housing, they have a support network that helps them in their new life situation.

– Housing First model in Finland differs from the original US form. In pure form Housing First supported housing apartments are scattered throughout normal rental apartments. In Finland Housing First is mainly concentrated in supported housing units. We have been criticized for this, but we need to accept the fact that solutions work differently in different societies. Finland is the only country in Europe where homelessness is on the decline after all. That means we have done something right, says Pilvi with a smile.

Before Y-Foundation Pilvi Cole worked as the manager of The Salvation Army supported housing unit Väinölä. Working there gave her practical insight about the Housing First model.

– When you have worked on the ground, you can use your practical experience in development. Being a manager at Väinölä has provided perspective on issues facing employees and instructors working with the homeless. For example, how to help housing unit personnel commit to Housing First work. In Housing First model the role of the employee is not that of an expert but of a supporter. This can be hard, because in the previous ”staircase model” customers have been seen as receivers of support, not as active people who are experts of their own life. On a most basic level Housing First is about meeting people without stigmatising them. Seeing them simply as people.

Pilvi sends a wish to governments and property developers:

– In an ideal world all policy makers and property developers would keep individual people in mind, the goal is to have affordable housing for everybody. Among other things, promoting cooperation among lessors is required. There is always room for improvement.

– Alppikatu hostel was an important safe haven for thousands of men over the decades. It was reportedly the largest hostel in Nordic countries, and city trusted that it almost always had room. Before renovation, about 250 people lived here. How is it possible to offer help for such a large number of people? There were 15 employees working here with 250 residents. Is it possible to meet them individually and offer the support that people living in complicated life situations need?

– As a hostel Alppikatu operated under the law for accommodation and food service activities and could choose its customers. Instructors and employees could for example ban an intoxicated person for a week or month. Now the starting point is completely different. First we offer the apartment, then we offer support. We cannot force anyone to do anything, but we try to ”sell good ideas” that lead to better life management. We can ask how the customer would feel about cleaning the apartment or using less alcohol – could that lead to a positive change in their life? Long-term homeless often have many problems in life management skills, and as employees we are still learning how to best offer support.

– Housing First principle can sometimes be challenging for staff. It is not easy to look on while people act any way they want and do things that don’t help their health or life situation. It can be painful. Housing First requires a new approach to work from staff. We try to build a confidential relationship with the customer. Employees need to be there for the customers and respect their choices while still bringing up different options and points of view concerning drinking, for example.

Supported housing units do not choose their customers, they are chosen by city social services and housing support who send residents to appropriate places. Waiting lists can get long. In Helsinki people wait for permanent housing at Hietaniemenkatu Service Centre, Castréninkatu housing unit, or stay with friends.

– A few years ago over 60 people were on the waiting list to Alppikatu. As far as I know, that is the longest waiting list in Helsinki. What does it reveal? At least it tells us that Alppikatu is a good place  and people wish to be here. 18 apartments is the biggest yearly turnover rate we’ve had. This is a regrettable bottleneck situation and one of the big problems in tackling homelessness in Helsinki, Antti says.

– More positive movement out of supported housing is needed. We have that, but we need more: places for people who need less support. It is a question of housing development. It would obviously be great to have smaller units or scattered sites. But Helsinki does not have many options: according to 2017 statistics, about half of the country’s  7,000 homeless are in Helsinki.

Antti sees the various activities at Central house city block as a strength.

– Synergy between different units is absolutely a great thing. Our cooperation with Castréninkatu unit is seamless and happens every day. For example, at night and during weekends there are at least two employees at the block who can work together in different situations. The Salvation Army Goodwill center is also located at Central house block. The Goodwill center meets the residents’ social needs, and the Corps offers them fellowship. Cooperation goes smoothly, and we often help each other. For example, we can borrow the Goodwill center’s food truck, and Alppikatu band rehearses at the corps. Corps officer Esa Nenonen plays bass guitar in the band.

– Alppikatu supported housing unit is able to give strong support, there are several instructors working here, and residents can have appointments with a nurse, for example.  We offer many kinds of work activities, and we also have a gym.

Residents and employees have conversations every day.

– We have personal discussions regularly. Additionally, we have communal forum discussions: floor meetings and action days and communal meetings for the whole house. This is one way to build a community. Employees don’t offer solutions, we discuss and agree on things together. Making agreements together is really motivating for the residents.

Work activity has been meaningful not only to the residents, but to staff and neighbourhood as well. Residents have the opportunity to work 1–4 hours a day on weekdays for a small compensation. Normally there are 40–50 people doing work activity daily.

– We have crafts where we make various products, cleaning, renovating, cafeteria and environmental work. Then there are separate projects; we have turned old pots into Christmas kettles, for instance. Work activity also does renovations and repairs in the block and helps the Goodwill centre and corps in specific situations. Our residents have many hidden skills. Work activity has lots of positive effects: it creates routine and a daily schedule, and brings the community closer. Work activity is at the heart of Central house daily life.

– Everything starts with respect, we all respect one another. My own motivation is for Alppikatu to be a comfortable place to live for residents and a nice work place for the staff. How to make that happen every day, well, that is an interesting challenge. 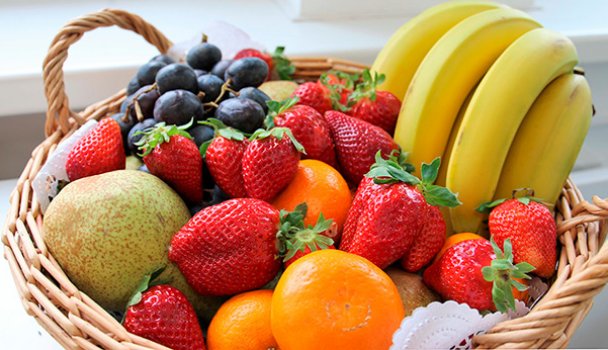 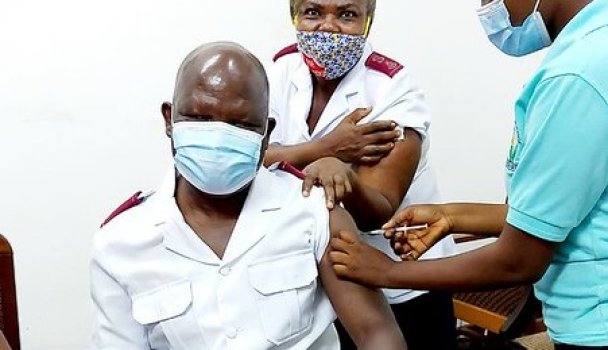 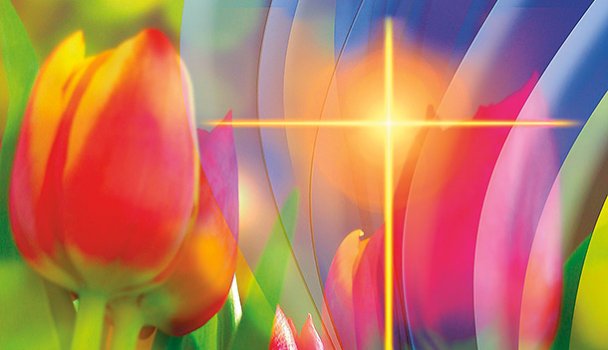 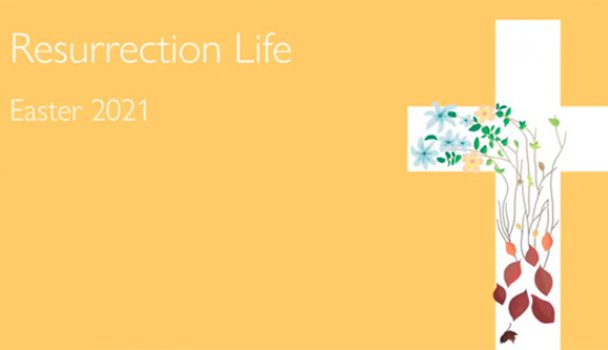 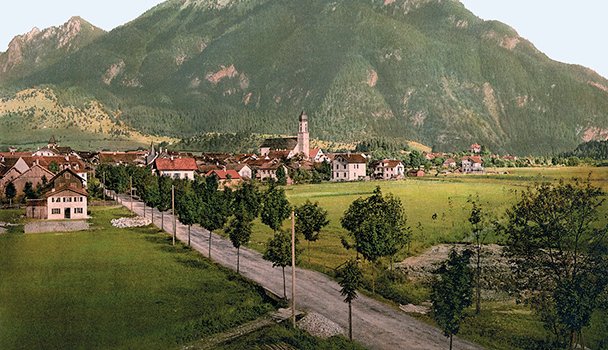